The Rye LTC Closed Tournament, organised by Bob Thomson and David Goddard for members only, was held in wet and windy conditions on Saturday 7th August. Twenty-nine men and fourteen ladies took part and the day saw some competitive and entertaining tennis. With several rain interruptions, it was touch and go as to whether all the matches would be played. Against all the odds, however, and thanks to the hard work of groundsman Adam Stunt, the fantastic grass courts withstood the conditions and the tournament was completed at 8pm. 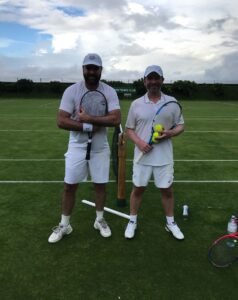 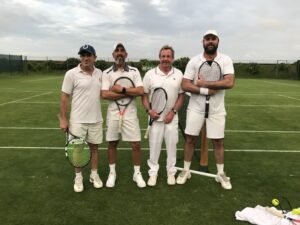 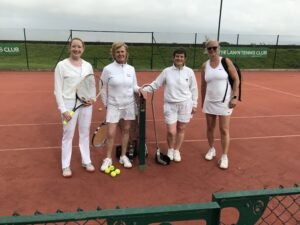 Due to a disappointingly low number of entries, the ladies’ singles was not contested.The ladies’ doubles saw last year’s winner, Heather Mott, team up this year with Sarah Walsh to overcome last year’s runner-up, Emma Merrifield, playing with Karen Spencer.

In the junior section, run by coach Suzy Larkin, fifteen junior members entered the singles and six pairs contested the doubles. In the Singles Under 18, last year’s winner Ollie Bearcroft came through to win again against Will Thompson, and in the Under 11 group Rohan Andrews defeated Alice Hoffman in the final. In the doubles, Harry Whitfield and Luc Duvoisin took the title against Will Thompson and Bea Hoffman. 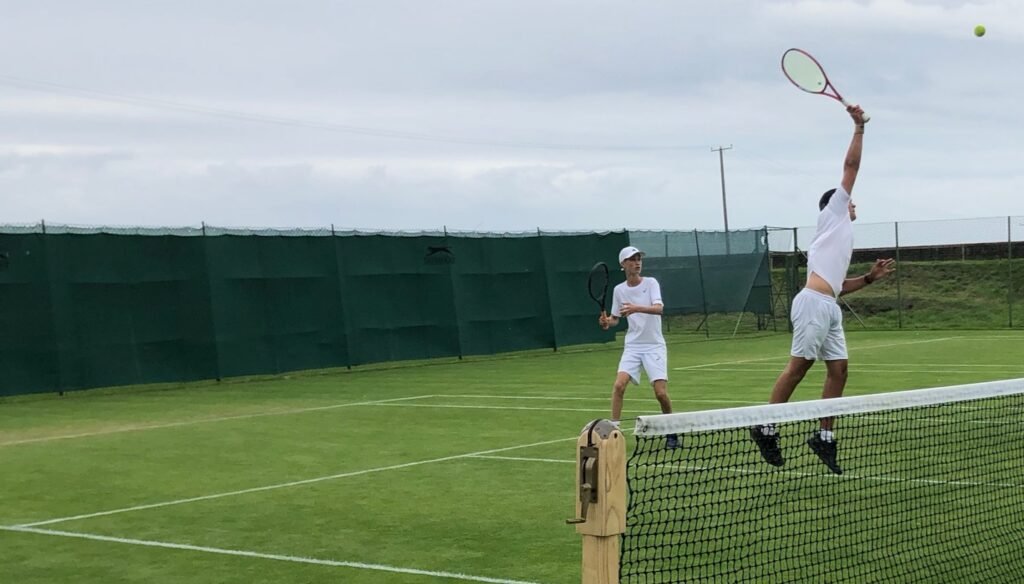