The Rye Junior Tournament, run by Catty Bingham from Wednesday 4th August to Friday 6th August, escaped the early August downpours as 218 young players competed once again on the Club’s outstanding grass courts. There was a strong local presence among the entries, as well as visitors from Andover, Newcastle, Tunbridge Wells, Tonbridge, London and Surrey. On the first day, in the singles, sixteen-year-old Alexander Johnson from Robertsbridge came through to win against thirteen-year-old Londoner Luke Pakenham, grandson of Rye LTC members Jonny and Pepe Leslie. The next day, Alexander went on to take the boys’ doubles title playing alongside William Liggett, from Sedlescombe, in a tight match against Max Routledge, from Mayfield, and his partner Jack White, a member of Cross-in-Hand Tennis Club. 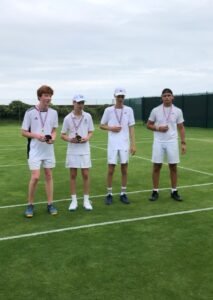 In the girls’ doubles, Evie Hoffman from Wittersham, partnering Lara Gibbs from Sandhurst, defeated Rye juniors Esme B. Rogerson and Freya Baxter, but not without some tough resistance from the younger pair. In a blustery wind on the Friday, partnering Stonegate resident Millie Bruce-Smythe in the mixed doubles, Alexander went on to score a winning hat trick after a tight match against singles runner-up Luke Pakenham and girls’ doubles champion Evie Hoffman, who were just pipped at the post 6-4. 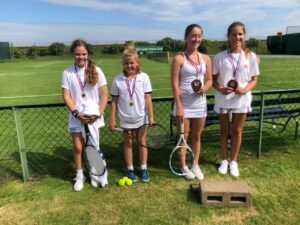 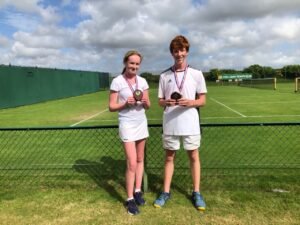 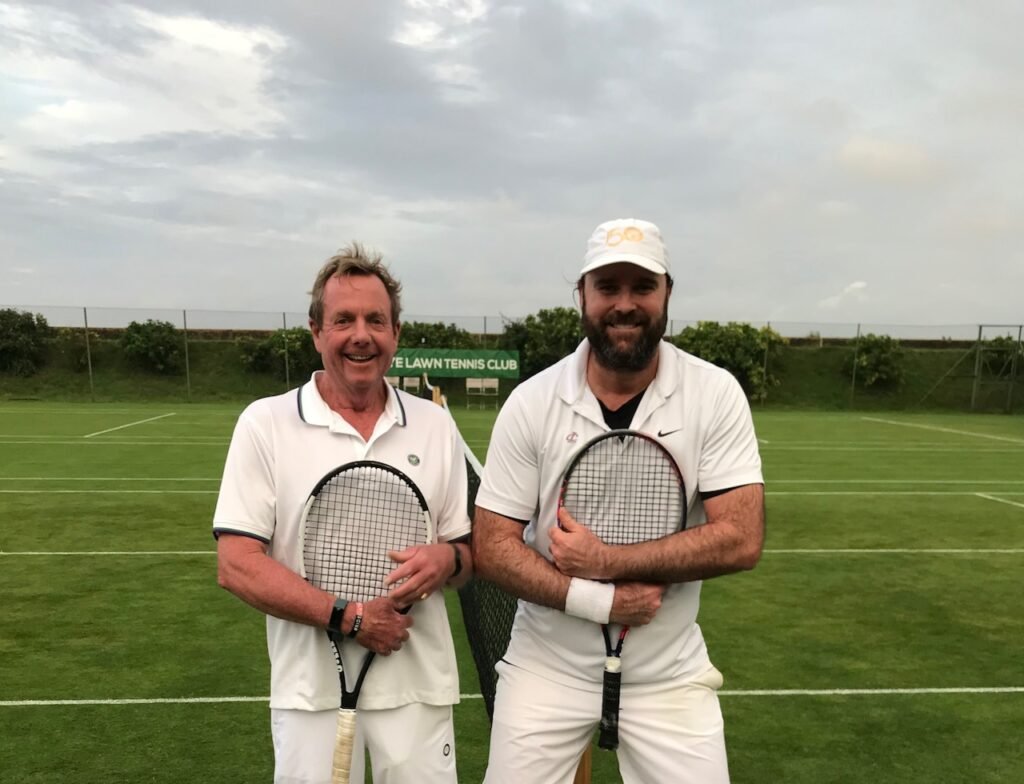