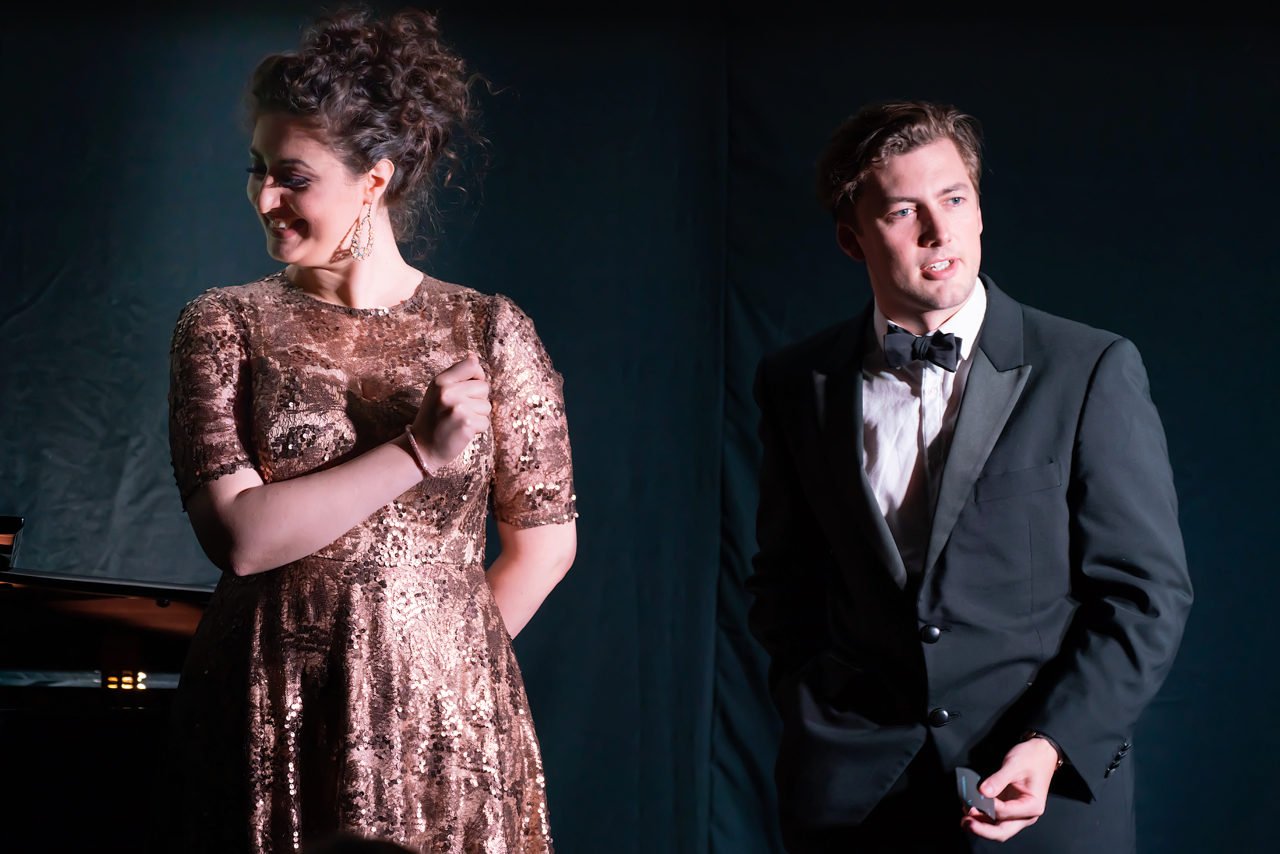 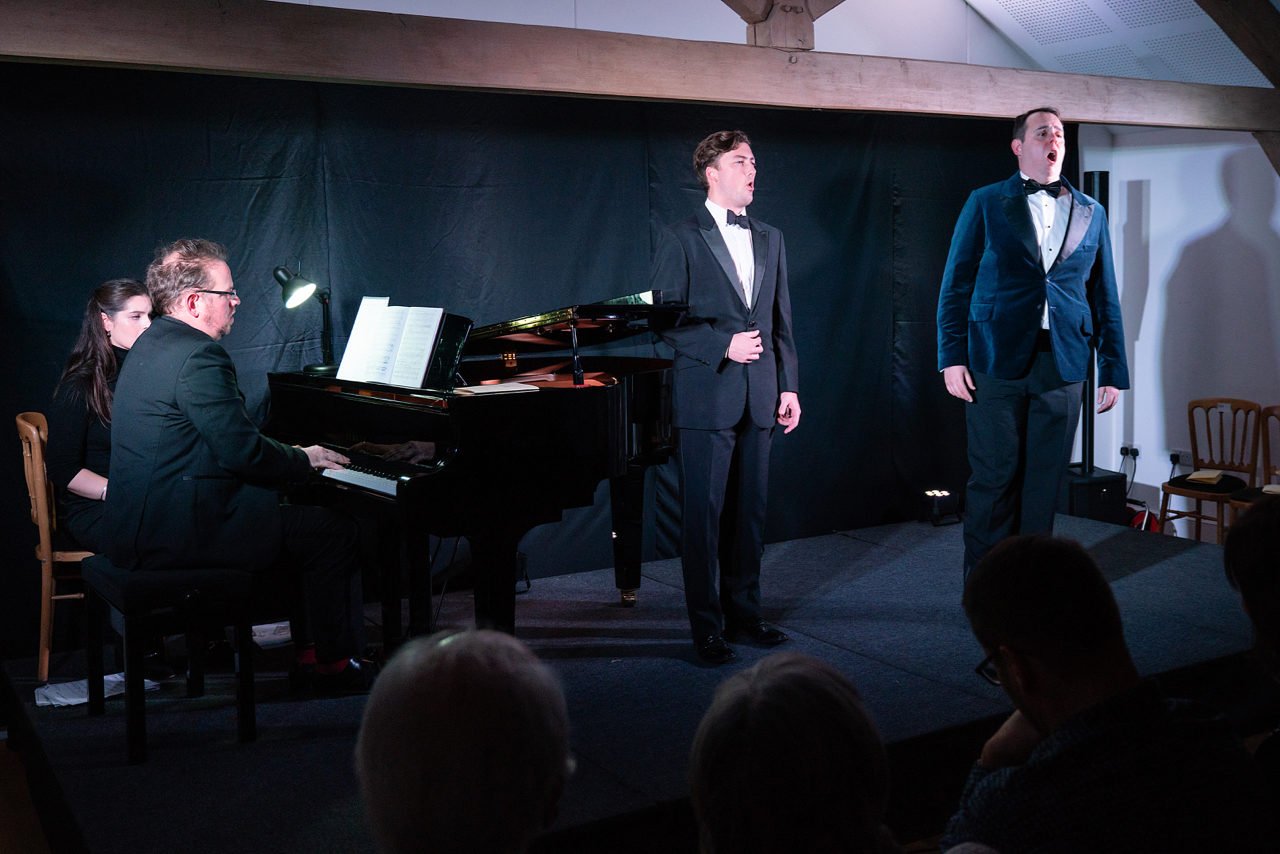 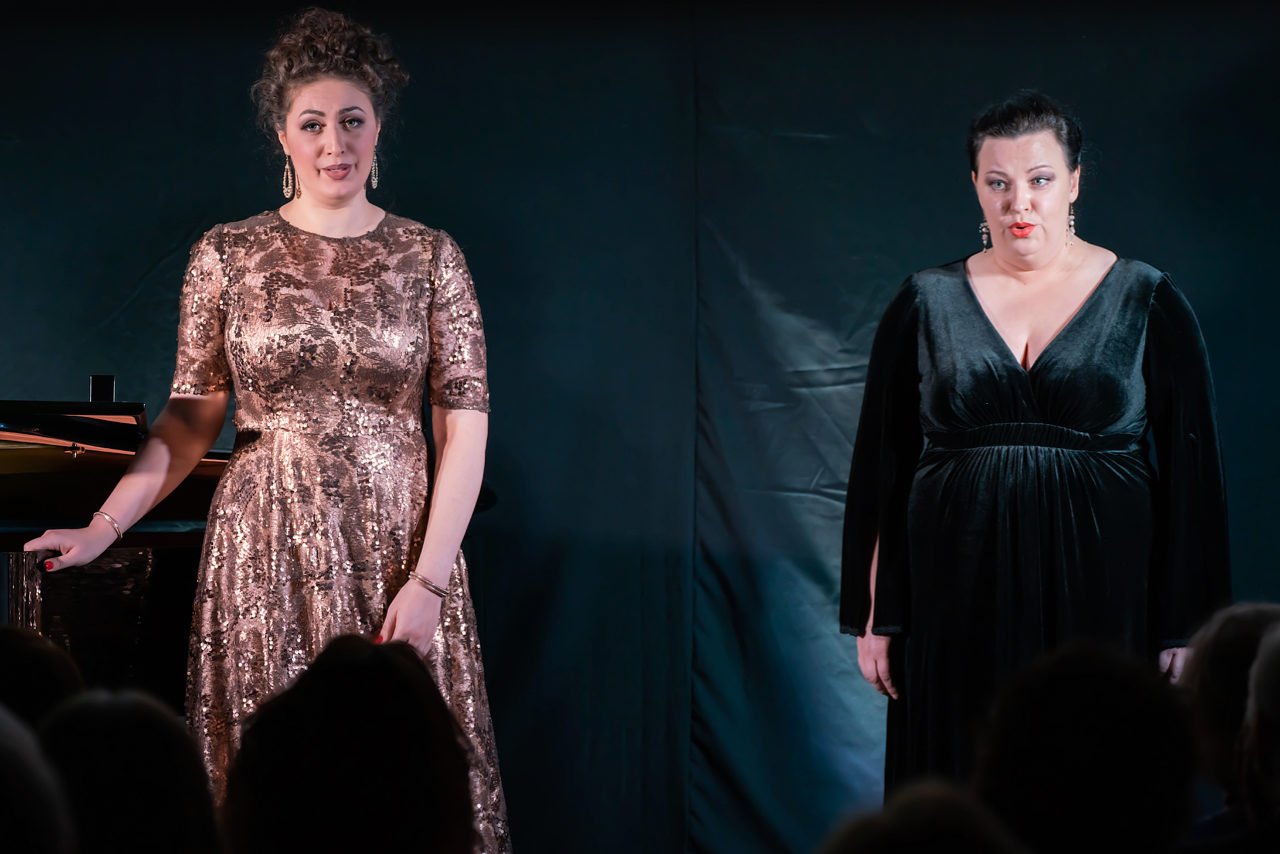 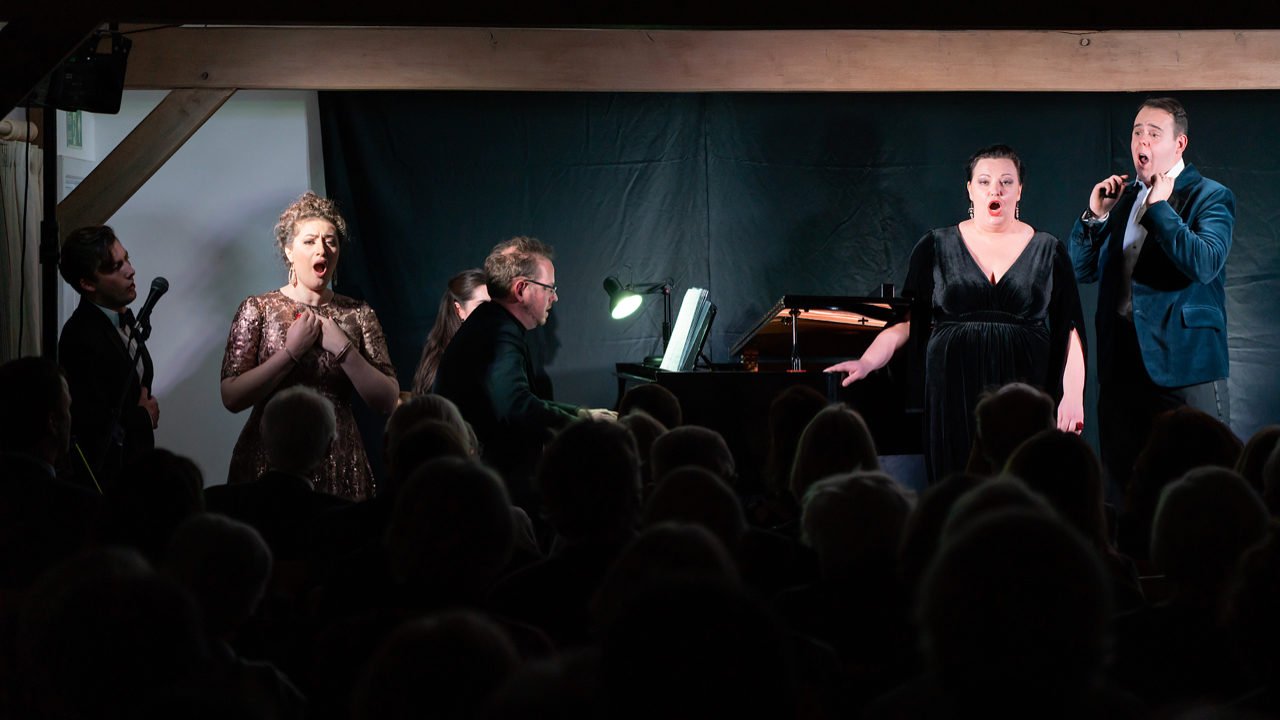 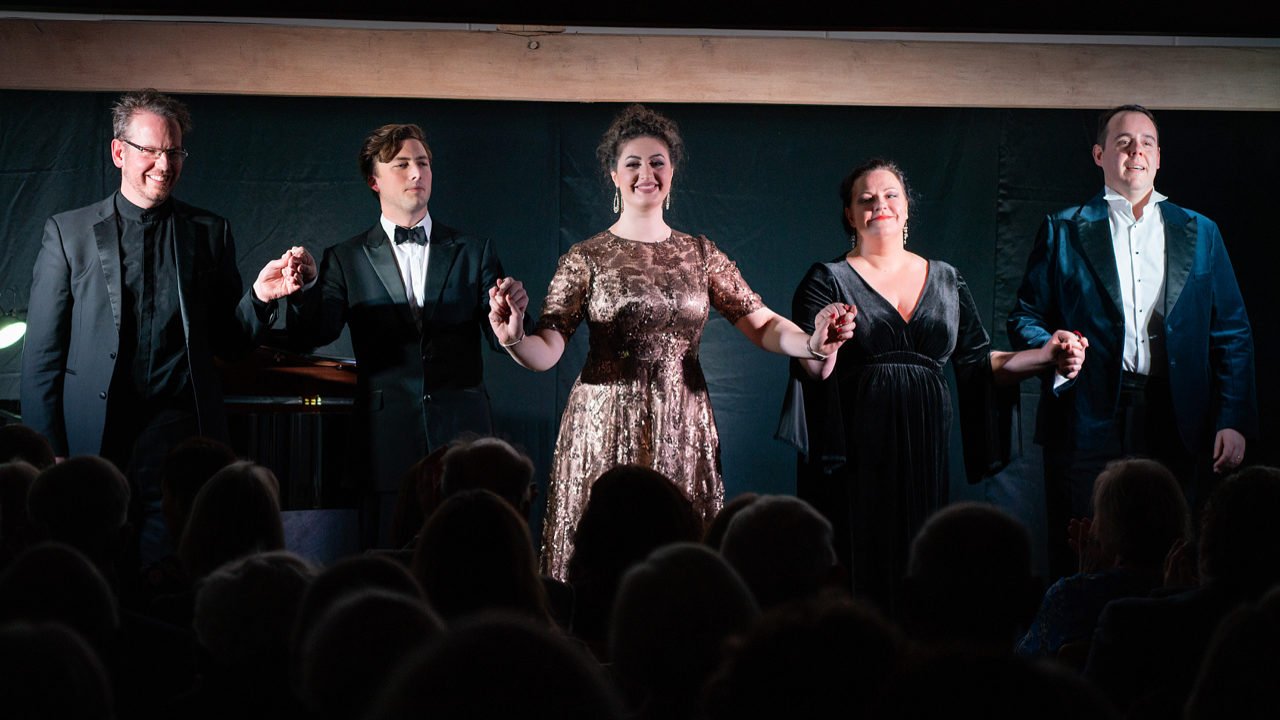 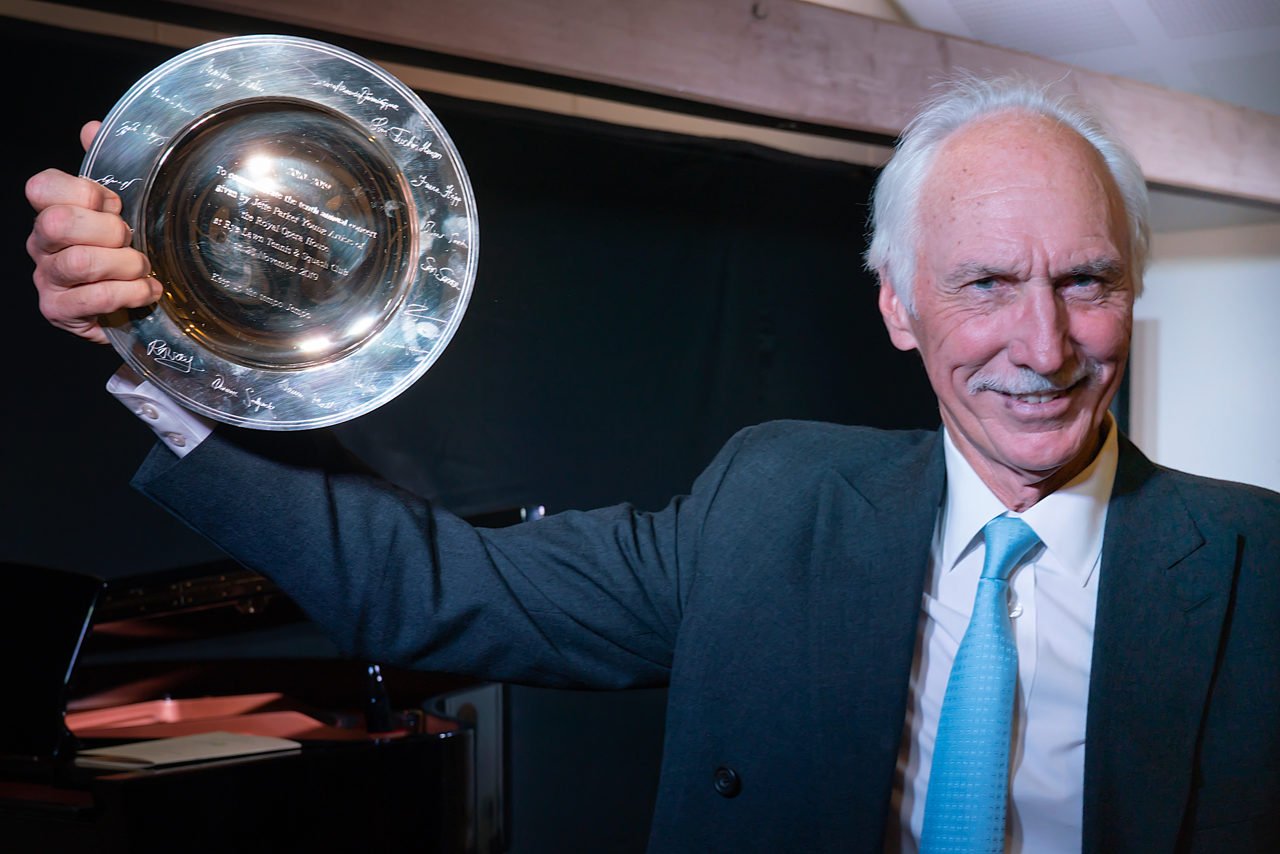 An enthusiastic audience packed into Rye Lawn Tennis & Squash Club on the evening of Saturday 23rd November for the tenth annual concert by Jette Parker Young Artists of the Royal Opera House. This year the stars of the show were all alumni of the Young Artists Programme, returning to Rye for a second or even third time: Armenian soprano Anush Hovhannisyan, who visited in 2013 and 2014, Estonian mezzo-soprano Monika-Evelin Liiv who sang in the first concert at Rye in 2010, Australian tenor Samuel Sakker who took part in 2014, British baritone Dominic Sedgwick who sang at Rye in 2017 and, at the piano, British conductor Oliver Gooch, whose wife’s family come from Rye and who accompanied the singers in 2015 and again in 2018.

The programme, which was put together by Gooch, was described by Anush Hovhannisyan as a delicious feast comprising starter, main course and pudding. Opening with arias from Rossini’s Il barbiere di Sivigliaand La cenerentola, the singers moved on through Bizet and Offenbach, followed by Massenet’s serene ‘Méditation’ on the piano, to a main course of Ambroise Thomas and Giuseppe Verdi. After an interval for drinks and canapés, the audience was served up Puccini, Gershwin, Lara, Lehár and Lehrer, all rendered with power and precision by our ROH team.

The evening came to a close with a thank you and presentation to Siri Fischer Hansen, who has worked closely with club chairman Jonathan Jempson over the years to bring the Young Artists to Rye. To celebrate the tenth anniversary, the assembled cast then gave a rousing rendition of the famous wartime Thing-Ummy Bob song, with words adapted by Oliver Gooch to salute Jonathan Jempson as impresario. A magnificent salver, inscribed with the signatures of almost all those who have participated in the concerts since 2010 and the exhortation to ‘Keep Up the Tempo Jempo’, was then presented to the chairman before the appreciative audience dispersed to digest another sumptuous musical banquet at Rye LTC.