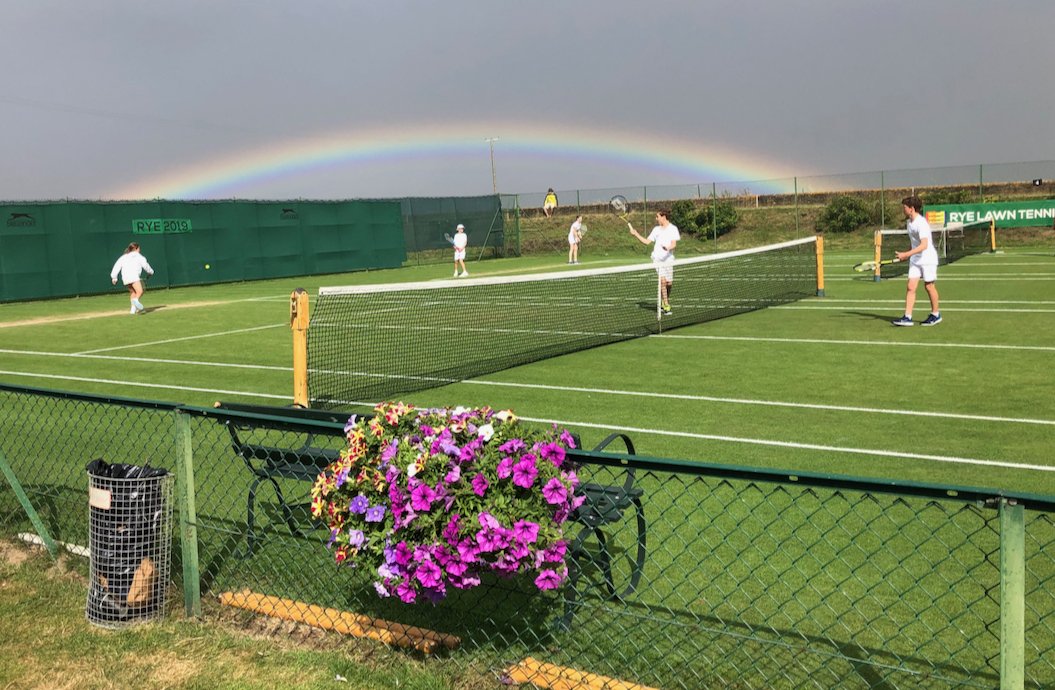 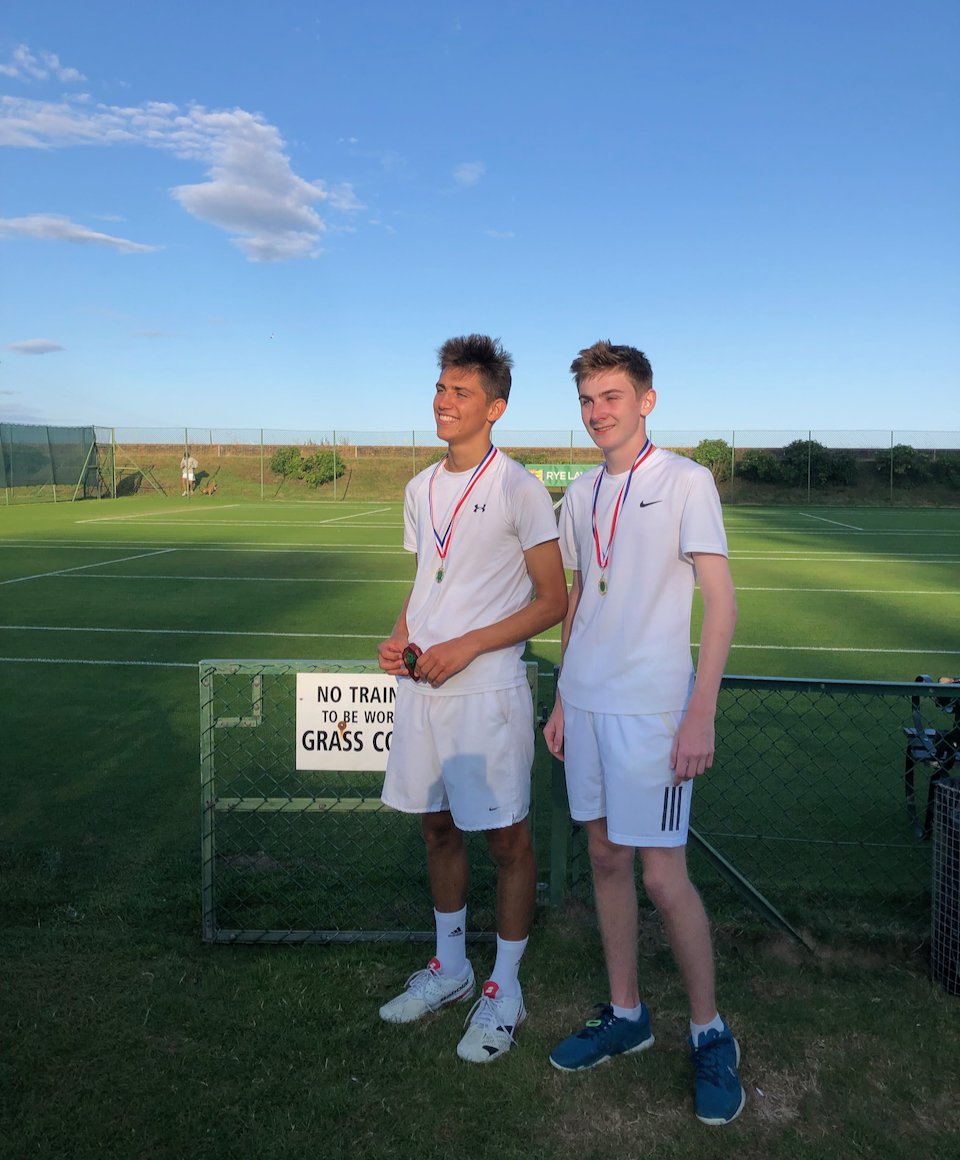 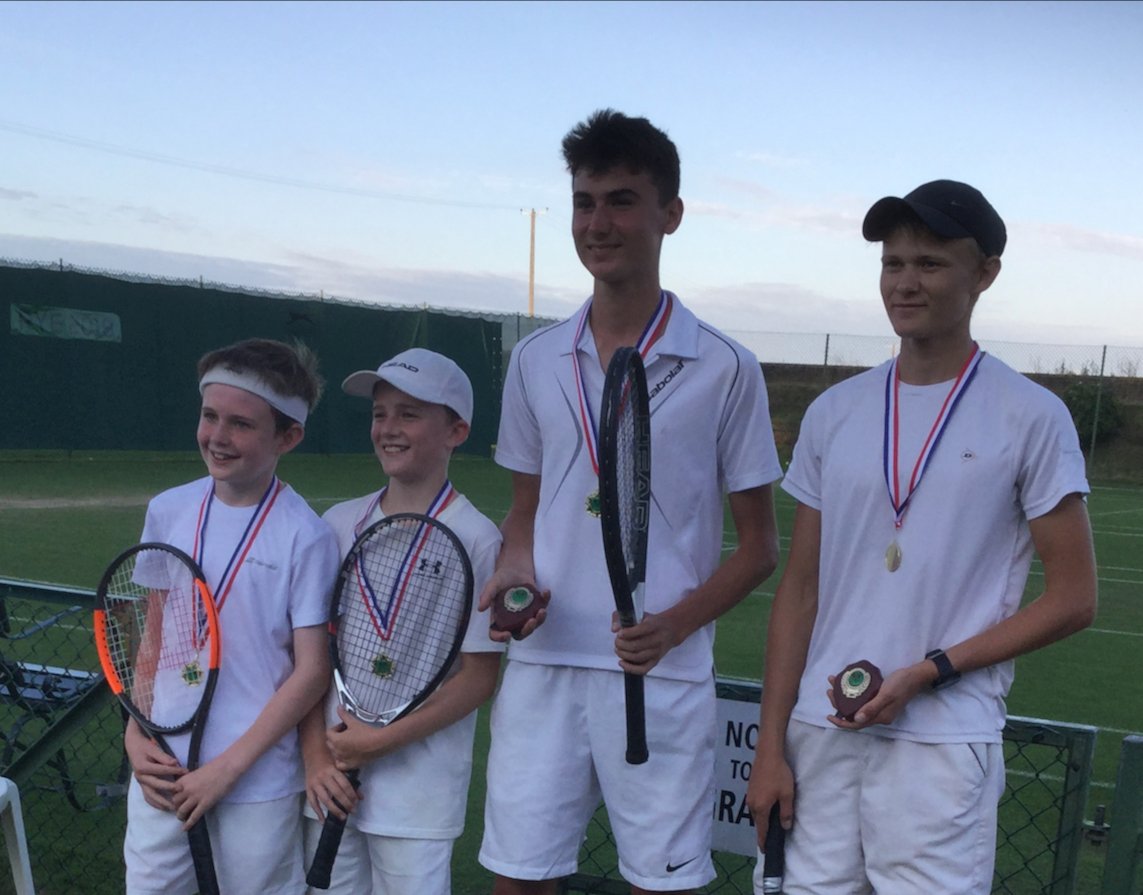 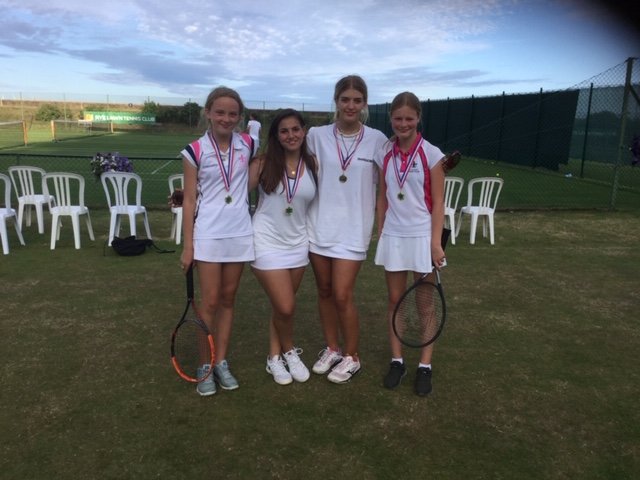 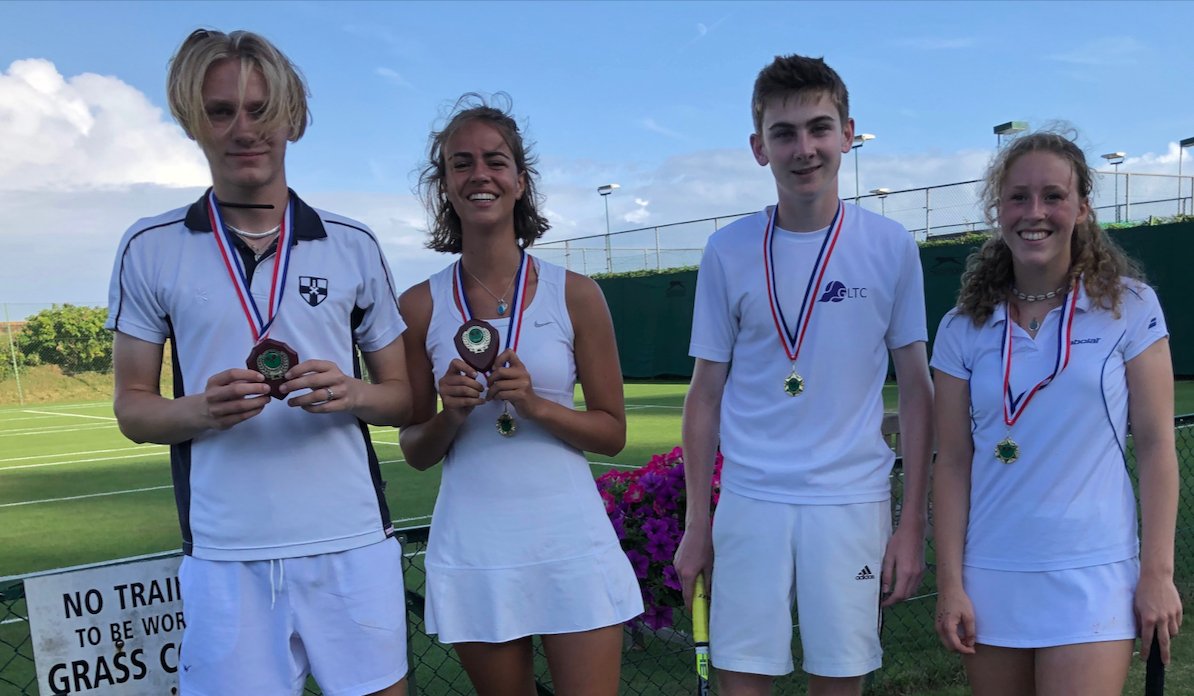 Rye Lawn Tennis Club’s Junior Tournament, following on from the Club’s 92nd Annual Invitation Tournament over the previous weekend, saw an influx of children from many different parts of the UK – including Hampshire, London, Newcastle, Oxford and Canterbury – arriving to compete on the club’s magnificent grass courts, as well as a visitor from France. There was also a strong local presence with players from Rolvenden, Wadhurst, Ewhurst Green, Udimore, Stone, Brookland, Beckley, Appledore, Woodchurch, Camber and of course Rye taking part.

In the singles, Rye’s juniors found themselves tested by the visitors and the singles final saw Freddie Whitfield from Newcastle, nephew of the club’s former chairman Nick Moy, taking on Londoner Ben Thesiger. Running neck and neck through most of the set, Thesiger just came through to take the title 6-4.

The boys’ doubles saw Rye junior members Ollie Bearcroft and Isak Syltevik Dobson rise to the challenge as the two 12-year-old Vinehall boys fought their way to the final to play Manu van Linden from Nice alongside Woodchurch resident Salus Shaw. The older pair came through to win the match, but not without some closely contested rallies. In the girls’ doubles, last year’s runner-up Savannah Winston, from Rotherfield, joined forces with Londoner Sasha Rosanov to come out on top this year against Bluebell Blacker and Grace Howard from Oxford.

Friday saw the weather turn from sunshine to blustery rain, with the tournament referee Catty Bingham forced to postpone the mixed doubles until lunchtime. Playing through a brief shower in the late afternoon, which brought a superb rainbow over the courts, Freddie Whitfield once again made his way to the final, ably supported by Honor Gibbs. There they met locals Alexandra Erith, from Beckley, and Lorie Reeves, from Benenden, who put on a powerful display to defeat the younger pair.